Byron G. Fazio May 22, 2022 Architect Comments Off on FPL architect says ‘libraries are the greatest act of love you can give to your community’ as locals flock 7 Views 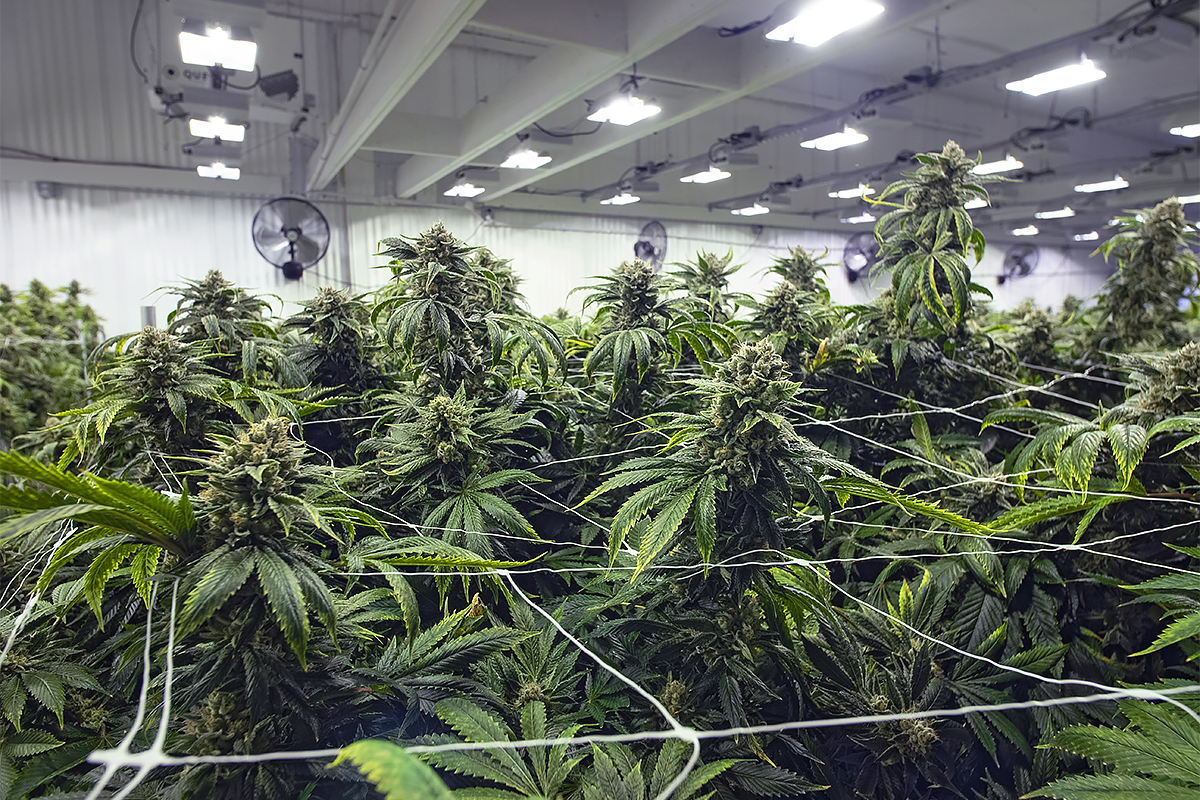 When Kay Schwartz and her team of 31 staff and the library board began the planning process for the Flint Public Library’s major renovation seven years ago that culminated in a three-day opening celebration days from May 19 to 21, one value emerged over all the others.

Library patron and Flint resident Garry McDaniel chats with library manager Kay Schwartz. McDaniel remarked that the new library looked “magnificent”. “When I walked in, I felt like I was in an apartment building in New York,” McDaniel said.

“We wanted it to be a welcoming community space first and foremost,” Schwartz said, strolling through the spacious new layout the day before the spectacularly 60-year-old Kearsley Street structure opened to the public.

On opening day, crowds watch presentations and performances in the new library on Saturday, May 21. (Photo by Paul Rozycki)

“We provide space, and people can decide what they want to do with it,” Schwartz said. “We’ve got opportunities for people that they’ve never had, different kinds of seats, different kinds of meeting spaces – we hope they make exciting things out of it.”

Among the many “welcoming” moves, the library added automatic doors and a filtered water system; new seats of different “postures” have been added so that people of all shapes and sizes can find a comfortable place to sit.

Joseph Baker, 12 (centre) and Jayoin Mitchell, 13 (left) standing with a friend looking at the new library. (Photo by Tom Travis)

Mary Pace, professor of dental hygiene at Mott Community College, and Kay Schwartz. Mary said she “came to hear the Mott Steel Drum Band and felt the new library and the event was really awesome.” (Photo by Paul Rozycki)

To facilitate family use, each bathroom has a changing table. The children’s section was expanded, a first-time storytelling room was added, with adjoining ‘child-scale’ toilets. There’s even a snack area now – a great start for library management.

Nicole Strickland (left) and Anyah Coleman examine fish in the aquarium in the children’s department of the new library. (Photo by Tom Travis)

From the beginning, all of these changes and more fell on the project architects, OPN of Cedar Rapids IA, to listen and translate this value into brick and mortar that would communicate openness, accessibility and even fun. .

Claire Marshall was fascinated by the Bubbleman show and said her favorite was “When He Made a Bubble Bear”. (Photo by Paul Rozycki)

The result, according to Toby Olsen, associate director of OPN and principal architect of the Flint project, reflects a commitment to democracy and love.

Maryanne Dobson, visited the library and felt she had done an excellent job with the project.

This ethos is most evident in the library’s uplifting use of light – both a physical joy to move around and a metaphor for the role of a public library.

“One of our big goals was to open [the space] at the top. There are so many windows, and we’ve done even more, adding mostly to the east side of the building,” Schwartz noted.

Kazuko and Aya Orhima were busy watching the “Bubbleman program” in the Harris room and “were very impressed with both the Bubbleman and the new library”.

Additionally, library designers have lowered the shelves so people can see over them, making the spaces feel taller and airier. They added “forward-facing” shelving so customers can see a book’s cover as they browse.

“Wherever there is a window, there is either a meeting room or seats. The designers took the collections away from the windows, to give the windows to the public,” Schwartz said.

Olsen said he and his team were strongly tied to FPL’s goals, both philosophically and architecturally. It’s a specialty of the company: OPN has designed more than 40 libraries across the country.

Working on a bookshelf is “a project we love,” Olsen said after the ribbon cutting, reviewing the shiny new look he played a major part in.

“A library is one of the most democratizing spaces of all,” he said. “Libraries are some of the last places you can go where you don’t expect to spend money.”

In a library, “everyone who walks through the doors is treated the same, and that’s really amazing.” Olsen said.

“That ethos goes hand in hand with the mission of libraries which intrigues us, and then you spice up the aspect of community gathering, the ability to have free and open discussions – it’s worthy of thought and hard work.

Libraries are safeguards for democracy, he said, “guarantees to ensure that we are not devoid of free thought, free thought. In a library, we make sure we have access to the documents, and you can come and immerse yourself.

“We firmly believe that libraries are the greatest act of love you can give to your community. It is a space where everyone is welcome, no matter your status, creed or aspect of your life. .”

“Love and democracy must be together,” he said.

Olsen said the Flint project was “incredibly unique” in part because it was pre-pandemic when it started — and also one of the biggest renovations OPN has done for an existing library.

Bill Baker and Tracy Krumm toured the entire library, and Tracy was most impressed with the “open spaces and well-lit areas of the new library.” (Photo by Paul Rozycki)

“It’s a big building, and it was amazing that we were able to make it ‘like new’ in every square inch of the interior,” he said.

“Especially with publicly funded institutions, there is a metaphorical and symbolic reason for windows – which is inherent in [the design]. Making the building transparent allows people to see what is going on.

EVM reporter and model maker Patsy Isenberg checks out new computer systems as she “tried to learn the new systems.” She was joined by her friend, cat lady Sonny Rabanal, whose story was in the East Village Magazine a few years ago while they were watching the Indian dance show. (Photo by Paul Rozycki)

“It’s like advertising what goes in a jewelry box,” he said. “Even if you’re not a frequent visitor to the library, you can drop by and see what it’s all about. You know it’s not a school, not an office building, not an apartment building.

Michael Clack was a volunteer in the media room where he demonstrated how podcasts can be produced from the library. (Photo by Paul Rozycki)

At night, he predicts, the building “becomes a shining jewelry box, showcasing the collection inside and the people inside.”

The design shows what happens in a library.

“Libraries are not just a storehouse of books, they are like a multi-pronged Swiss army knife that enables so much,” he said.

And of course, he noted, there is the connection between light and knowledge – and a library being “a beacon and a place of hope”. The library takes patrons on a journey – from the cradle to the grave, with something to discover and learn at any age, he said.

Rasheeda Mitchell (right) came with her family to visit the new library. (Photo by Tom Travis)

Olsen, who has come to Flint almost monthly for the past few years, said he and his five-member team from Flint have respected and loved the city from the start, never seeing it in light of its notoriety sometimes in the outside world.

They stayed in local hotels and ate at local restaurants, Cork on Saginaw and New Gravy at Hilton Gardens among their favorites.

And the cultural center, including the library, is “incredibly unique” for a city the size of Flint: Many American cities have nothing to compare, he observed. Architecturally, this added an extra benefit to the design of the library – the building has “parks” on two sides.

Entrance hall and loan counter of the new library. (Photo by Paul Rozycki)

“It’s a community where people care,” Olsen said. “Yeah, they’ve been through hell and flood, but it’s still a place where good things happen, and good people deserve good things.”

Olsen and his OPN team are wrapping things up at the library, taking care of a few odds and ends. “It’s bittersweet for us because we got so close to it but… now it’s in the hands of the public. This is the part where it’s time for the library to be given to the people who deserve it the most.

Scanning his gaze over the library once more, he said, “It’s totally citizen kindness going on.” 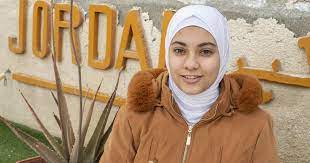 Jordan: “I want to be an architect to rebuild my house and Syria” | editors Choice